One of the lesser known phrases in the homeowner world is “water hammer”.  While it may not be common terminology to the average owner, it is a fairly common issue affecting the high-pressure water lines in your home.  Simply put, water hammer is a sound caused by abruptly shutting off valves like faucets or spigots.  Another name for it is “hydraulic shock”.  This is causes by the rapid change in direction of the liquid (it actually occurs in gas form too, like steam) as the valve is shut off.

You may hear a banging sound in the pipe(s) or near the point you shut them off.  Unfortunately, this is not just a little annoying noise.  It can have serious implications, potentially leading to the loosening of plumbing joints and leading to leaks that could……well, you know.

Some houses are built with air absorbing systems built into the high-pressure water lines.  They be out of sight, and many times these can become defective and the banging and clanging begins.

Reducing the flow pressure and installing pressure reduction valves are other options a plumber could use to help limit the water hammer effect.

However, the most common item used to reduce or eliminate this issue is a simple device referred to as a “water hammer arrestor.”  You may notice these in an area such as behind the washing machine. 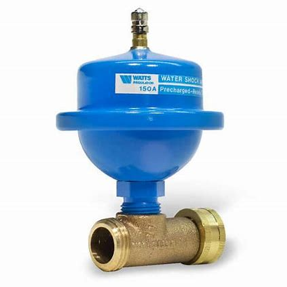 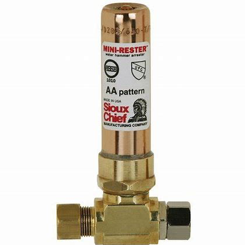 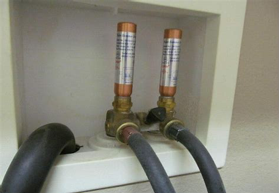 These arrestors work in a way like shock absorbers on a car.  They have an air chamber and spring inside that absorb the energy from the water when the valve is suddenly turned off.  Another way of imagining this is by jumping off a chair and landing without bending your knees.  That would be a major jolt to the body.  Bending your knees and landing softly would greatly reduce the shock to your body.

As with anything plumbing related, it is a good idea to have these improvements done by a qualified plumber or your water hammer could turn into something worse in the long run.